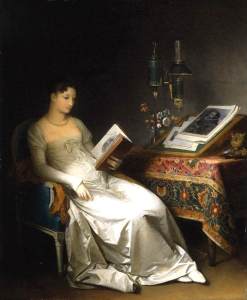 Those of you who frequently read this blog know that I am a sucker for mystery series. I love to find a new one – especially one that has several books in the series before I find it. That gives me a lot to catch up on and that is a good thing. Authors that come to mind are Donna Leon, Louise Penny, Nancy Atherton, Rhys Bowen and Patricia Wentworth to name just a few.

So, when I was on Net Galley a few weeks ago, I was interested to see a new mystery by Leslie Nagle available. I was not familiar with the author but it looked interesting. The only cloud in the sky was that it is the third book in the series. I  like to start at the beginning of a series because I think it does make a difference. Despite the misgivings, I thought I would read this book. The most that could happen is that I would be sorry that I didn’t read the books in order. (I was given a copy of the book in exchange for an unbiased review.)

Charlie Carpenter lives in Oakwood, OH. She lives with her father Bobby, who was the beloved football coach but is now confined to a wheelchair. Oakwood is a very friendly town where most residents know one another. When Charlie’s next door neighbor moves out, he decides to rent his house rather than sell it. The new tenants are not friendly and have resisted the overtures of friendship from Charlie and Charlie’s father’s caretaker, Lawrence. The husband is a doctor with the Air Force and seems to have a penchant for yelling at his family at volumes loud enough to be heard easily in Charlie’s house. It seems that the neighbors, Paxton and Judith Sharp and their 4-year-old twins have Paxton’s son from a previous marriage and Judith’s daughter from a previous relationship staying at the house also. One evening, Sarah Weller, Judith’s daughter, approaches Charlie and asks if she “only helps the police or if she helps other people”. The conversation is ended abruptly when Judith calls Sarah back into the house. Several days later, Charlie hears screaming coming from the house next door and finds Judith bending over Sarah’s dead body.

The inevitable questions of who killed Sarah and why haunt Charlie as she decides to do a little sleuthing. It is not the first time (since it is book three in the series) but this time, Charlie will not be working with her boyfriend, Detective Marcus Trenault. Seems the Detective is not getting along with his boss and the case is assigned to Sergeant George Drummond, who is with the Sheriff’s Department. He and Charlie’s beau have a long-standing feud and Drummond is antagonistic toward Charlie.

I think that perhaps it was an error not the read the books in order. Yes, this book does stand on its own but there are so many characters introduced that I finally gave up on some of them. Just could not remember how they fit into the story. While I was frustrated by this, it was still a good read.

I do not worry about trying to solve a mystery when I read it. Yes, probably in my mind I think about who might have done it but I don’t sit and try and figure it out. I just want to be entertained and I want it to make sense. The end of the book ties the plot up nicely but WOW what a convoluted motive. I understand who and why but it would take pages to explain the connections and why there were two murders. (Yes, not one but two…)

The Advice Column Murders is available in eBook format from eBook sellers for $4.99.

I love to read. I love to share my thoughts on books and hope to hear what you think also. Looking to see what books I read beyond those I write about? Check out my Goodreads!
View all posts by Carol Early Cooney →
This entry was posted in Talking Books and tagged American cozy mystery, cozy mystery, Leslie Nagel, The Advice Column Murders. Bookmark the permalink.