A Fall of Marigolds by Susan Meissner 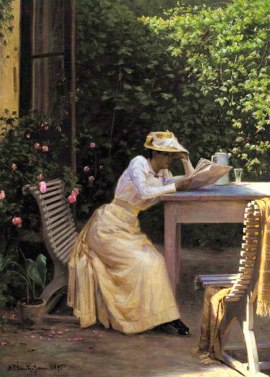 A Fall of Marigolds is the story of a scarf and the women it connects. Clara Wood is a nurse working on Ellis Island in September of 1911. Clara came to New York from Pennsylvania because she yearned for the city life. Her first job in New York was in the building that housed the Triangle Shirtwaist Company. She met a man in the elevator who worked for the Triangle Shirtwaist Company and she was sure they had a connection. He invited her up to see the sewing floor and she was quite excited. She not only wanted to see all the machines working away but she was also sure that he would invite her to dinner after the tour. But instead of going on the tour, a fire broke out in the building and she was evacuated. She was standing on the street when she saw him on a ledge with one of the female workers. They were on fire and there was no escape. She watched him jump to his death. This event shook her to her core. Not only watching people jumping but she lost the man she thought she was in love with. To retreat from the world, she took a job on Ellis Island. With that job, she lived on the island and had the occasional weekend off. In the six months that she had been on the job, she had not left the island.

At work, she meets an immigrant whose wife died from scarlet fever on their way to the United States. Since he has been exposed, he has to be confined to see if he develops the illness. She does him a favor that leads to her finding out a secret that will unravel his marriage. Should she tell him? Is it better for him to know the truth or continue to believe?

On September 11, 2011, Taryn Michaels is working in a specialty fabric store. She works in the store and lives with her daughter in an apartment above the store. On this, the 10th anniversary of the fall of the Twin Towers, a photograph is published that had been lost by the photographer. It is a picture of Taryn and the stranger who helped her on that day. Will Taryn finally come to terms with her husband’s death in the fall of the Twin Towers?

I know that some people do not like books that take place at different times. It can be confusing. I understand that completely. In this book, the times and characters are so different that it is not a problem keeping track of where you are in time. I enjoyed the book and would recommend it. I thought that each story had twists that were unexpected and made the story a bit better than you might expect.

I love to read. I love to share my thoughts on books and hope to hear what you think also. Looking to see what books I read beyond those I write about? Check out my Goodreads!
View all posts by Carol Early Cooney →
This entry was posted in Talking Books and tagged A Fall of Marigolds, book review, Susan Meissner. Bookmark the permalink.