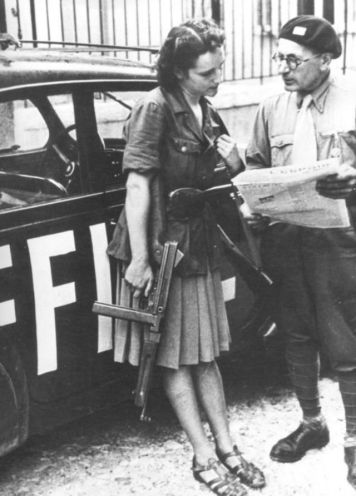 I must admit a bit of fatigue with historical fiction centering around World War II. I am sure that is unfair to the genre, but I felt like I had read more than my fill.

And then I read a description of a book based on a real person. It intrigued me so I decided to read yet another one. 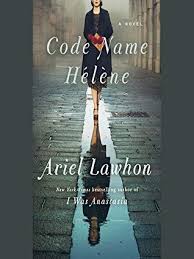 Code Name Helene is the story of Nancy Wake. Nancy Wake was an Australian who moved to  Paris. She was in her early 20s and working as a journalist for the American Hearst newspaper chain. As a woman, she could not get a byline and her stories were never treated the same as the men she worked with. That did not stop her from trying. At the beginning of the book, she and her photographer witness a scene that affects Nancy. On a tip, they go to a town in Germany. When they get there, they see that a Hitler Brownshirt has a Jewish woman tied to a waterwheel. He starts whipping her and threatens to take the whip to anyone who tries to help her. Over the silence of the crowd, the camera’s click catches the attention of the Brownshirts. They take the camera and destroy it. Nancy brought the story back and her editor tried to kill it because he said it wasn’t believable without the pictures. It was finally published but not with Nancy’s name. The incident served to awaken her to the cruelty of Hitler and her desire to fight against him.

Nancy starts by smuggling traveling papers and people across the border to evade the Gestapo. When France is invaded, she and her husband, Henri, know they must leave. They also know that they must be surreptitious and decide to leave separately and meet later.

The book opens on February 29, 1944, with  Helene jumping out of a plane into France. The second chapter takes place in 1936 with Nancy meeting a friend in a bar in Paris. It is one of those books that go back and forth in time. One chapter will be what is happening during the war and the next will tell Nancy’s background. I did not have any trouble following where we were in the story.

The tale not only tells us of Nancy Wake’s heroism but also her humanity. From bracing herself with her red lipstick to her silk nightgowns, she is a woman in battle but also a woman. She doesn’t want to live without a few of her feminine accouterments. I did not find that her personal affectations affected my view of her. I found them to make her more real.

I enjoyed the book. It is well worth reading. I was given a copy of the book so that I could give a fair review. The book will be published on March 31, 2020.

I love to read. I love to share my thoughts on books and hope to hear what you think also. Looking to see what books I read beyond those I write about? Check out my Goodreads!
View all posts by Carol Early Cooney →
This entry was posted in Talking Books and tagged Female spy, Historical Fiction, Historical Fiction based on a real person, World War II historical fiction. Bookmark the permalink.