Me for You by Lolly Winston 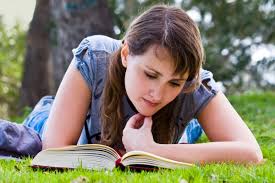 I am looking out my window at the snow. I wish I was looking at a beach or something that would make me feel warm. The sun is out and perhaps this winter will move along sometime soon. The weather person thinks that we may not have any more single-digit temperatures. It’s about time!  Winter is a great time for reading; there is something about a blanket and a book.

This week’s book is brand new. So brand new that it is being released today. Congrats to Lolly Winston on her book release day!  I received an advanced copy of this book in exchange for my unbiased review. (On the philosophical side, can there be an unbiased review? Enough of that!) 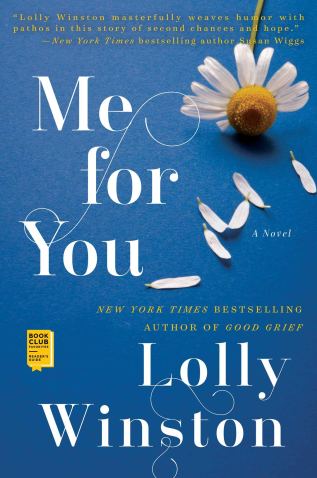 Me for You by Lolly Winston is a story about Rudy. Rudy wakes up one morning to find that his beloved wife, Bethany (Bee), is dead in bed next to him. He feels bad that it takes him a few minutes to figure out that she is dead. He is in shock that she could be dead. She had felt poorly the day before and he took her to the doctor but the doctor hadn’t found anything wrong with her.

Bee and Rudy had met in college and had one daughter and one granddaughter. They loved each other and were looking forward to Bee’s retirement. Bee was a pharmacist at a hospital. Rudy had been downsized out of his job. It was a few years before he had planned to retire and with Bee still working, he took a job at his local Nordstroms playing the piano. He loved to play so the job suited him.

After Bee’s death, he continued to work at Nordstroms. While working at the store, he met Sasha and they became friends. Sasha had immigrated to the United States from Hungary. Sasha’s marriage had broken up and she was trying to get a divorce from her husband, Gabor. Gabor and his new girlfriend had stayed in the house that he and Sasha had purchased. One day Gabor announced he and the girlfriend were moving. It was then that Sasha discovered that Gabor had not paid any of the bills. She had no idea what to do about the mortgage and other bills. She was working two jobs (one at Nordstroms and one cleaning at a gym) but didn’t understand the paperwork. She asked Rudy’s advice and he helped her to get her finances in order.

While Rudy and Sasha grew closer, Rudy still missed Bee. And his daughter, CeCe, who had always been independent, was having marital problems. For the first time, Rudy felt she needed him. He was happy he could be there for her.

Me for You is a nice book. It is a good beach read candidate. While it does take an unexpected turn, it is a light, pleasant read. There is nothing that will change the world but it does make some worthwhile points. So, if you are looking for a book to read to lighten up your reading, I think you would do well with Me for You.

I love to read. I love to share my thoughts on books and hope to hear what you think also. Looking to see what books I read beyond those I write about? Check out my Goodreads!
View all posts by Carol Early Cooney →
This entry was posted in Talking Books and tagged Fiction, Lolly Winston, Me for You, Women's fiction. Bookmark the permalink.